BRENTFORD, ENGLAND - DECEMBER 05: Ivan Toney of Brentford celebrates scoring his sides first goal during the Sky Bet Championship match between Brentford and Blackburn Rovers at Brentford Community Stadium on December 05, 2020 in Brentford, England. A limited number of fans are welcomed back to stadiums to watch elite football across England. This was following easing of restrictions on spectators in tiers one and two areas only. (Photo by Alex Davidson/Getty Images)
Share
Facebook Twitter WhatsApp

Chelsea have Ivan Toney on their list of striker targets ahead of the summer transfer window, according to reports. Toney has scored a stunning 30 goals in the Championship this season in a Brentford side who confirmed a third-place finish at the weekend.

Chelsea are in the market for a striker, with doubt over the future of Tammy Abraham.

Olivier Giroud is likely to leave the Blues at the end of his contract but Abraham could follow him out of the door.

The England international has been out of favour ever since Thomas Tuchel replaced the sacked Frank Lampard in January.

Chelsea are one of a host of Europe’s top clubs to be interested in signing Borussia Dortmund striking sensation Erling Haaland this summer. 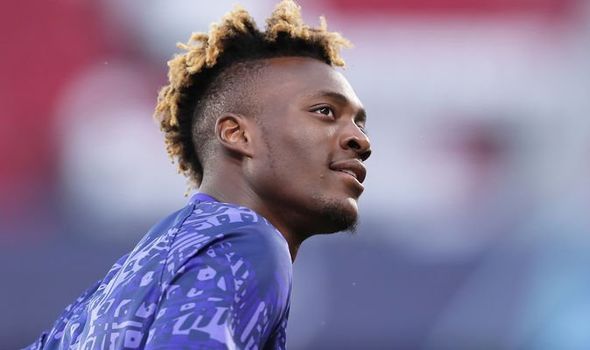 They are also keen on bringing Inter Milan star Romelu Lukaku back to Stamford Bridge following his successful two years in Italy.

But The Sun say Toney is also on the club’s radar, further down their wishlist.

West Ham are also named as a club interested in signing Toney.

The 25-year-old sealed an initial £5million move to Brentford last summer after back-to-back campaigns of scoring over 20 goals for Peterborough. 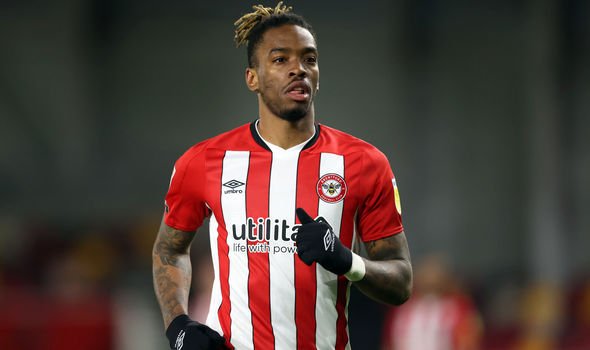 But no one would have expected Toney to have had as much of an impact as he has.

The Sun say Chelsea academy graduate Abraham is likely to leave in order to make way for the likes of Lukaku or Toney.

Abraham has often been left out of match-day squads by Tuchel in recent weeks.

But Chelsea will still ask for £45m for the 23-year-old and could earn themselves £10m profit with Brentford wanting £35m Brentford for Toney.

Abraham remains Chelsea’s top scorer this season with 12 goals in all competitions.

However, speaking last month, Tuchel defended his decision to have dramatically reduced the forward’s game time.

“I don’t think he’s the top scorer since I arrived,” Tuchel said.

“I can only judge what I see. I saw a bright young man in front of me. I saw a guy who is self-confident, who has a lot of talent.

“But it cannot be that in a period of such good results that suddenly the guys who don’t play are the winners.

“This is not logical to me. He was for some weeks not available, so is it now the moment to do crazy stuff and try things? If you just look at the data, you will say: ‘OK, he’s the top scorer.’ If you look at the data since we are here, it will maybe tell you a different story.”