Some fans love to offer advice to players, others love to judge managers. However, nearly every fan loves to critique kits. Chelsea put out a unique line of jerseys this season that really divided viewers. A majority of supporters absolutely loathed the Op-Art Movement inspired home threads that featured a 1960s optical illusion pattern. The combination of blue and yellow teased the Blues’ away kit, which was undoubtedly more popular due to the return of the yellow and black. The third kit is somewhere in the middle, as it relates to fan votes, with some unsure how to view the dark turquoise and tangerine shirts.

Chelsea still has yet to wear anything but its home kits this season, which is odd considering it’s almost November. Nevertheless, it’s already time to look ahead to next year’s designs as holiday season—and subsequently the new year—draws closer. Nike is hard at work designing the Blues’ 2022/23 threads and they look rather stunning.

The leaks came courtesy of Footy Headlines, who hinted at the look some months ago. The popular kit information website gave viewers a closer look at the home jersey and full away uniform. The Blues are set to wear their traditional royal blue at home during the 2022/23 campaign. The top will resemble Chelsea’s 2017/18 kit—the club’s first with Nike—in the sense that it does not seem to feature a widespread pattern throughout. Rather, it emphasizes the club’s royal roots through the iconic primary jersey color. 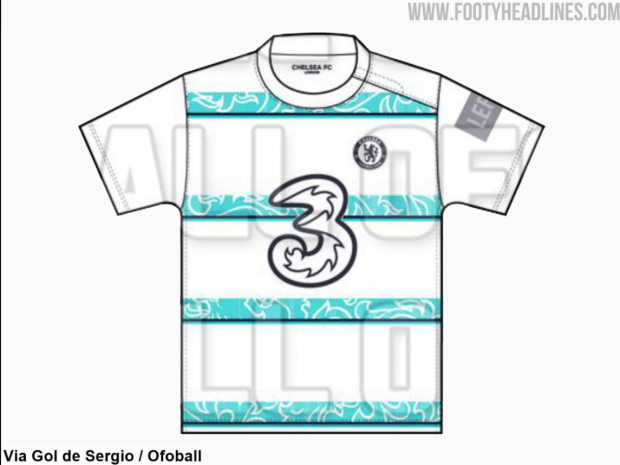 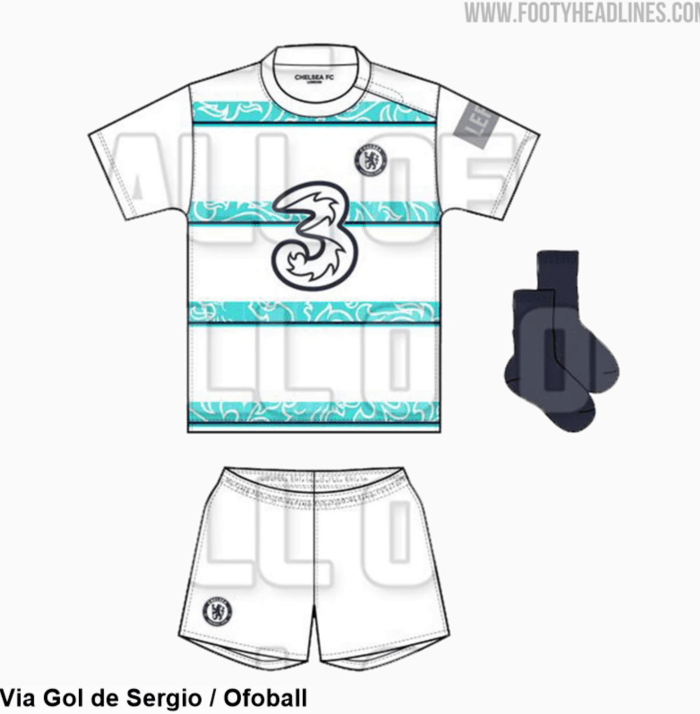 However, the American-based sportswear brand will take a page out of its own book and work in a 2020/21 Liverpool home kit-esque turquoise as a complement. This secondary color will feature largely around the neck, which has a few unique distinctions of its own. The neckline has an interesting pattern that meshes white with the aforementioned accent shade. The home kit looks set to be a henley, as well, which is essentially just a collarless polo. It has one button on it, different from the Blues’ away kit in 2019/20, which featured both a collar and two buttons. The turquoise makes another appearance outlining the signature white Nike logo on the chest. All things considered, it’s a nice change of pace from this season’s divisive home threads. 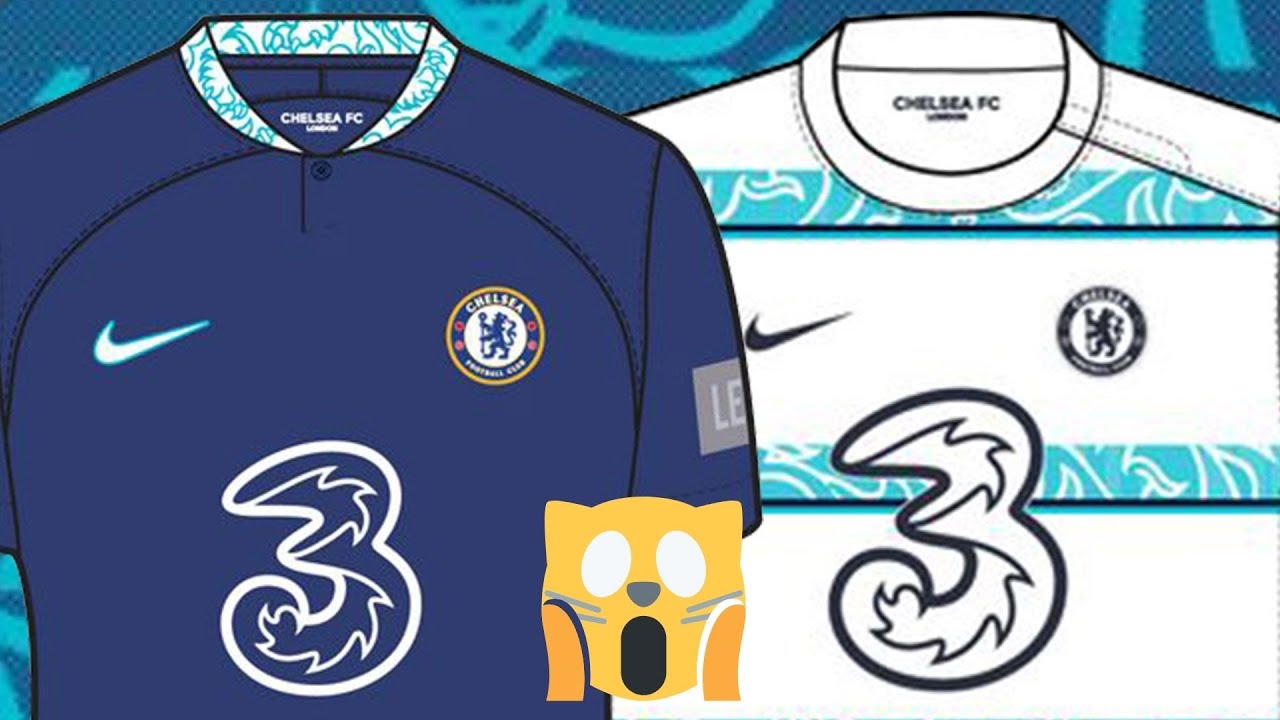 The away kit will play off the neckline of the home kit in a sense. The pattern (it’s unknown what it represents at this moment) appears four times across the front of the all-white shirt. There really isn’t much more to the away uniform, it’ll pair with some white shorts and what appears to be either navy or black socks.

While we’re still in the early stages of leaks, it’s nice to get a look at what kit designers have in store for Chelsea next season. Nike has taken a much more simple approach with next year’s kits. This is likely going to be met with satisfaction amongst the Blues faithful after such negative reviews this season. It’s unknown whether or not Hyundai will be the club’s sleeve sponsor again, but Three will return again as the title sponsor on the front of the shirt. It’s not yet known if these are surely going to be Chelsea’s home and away looks next season, but if they are, they get two thumbs up from me.

Chelsea 2021/22 Nike away kit leaked ahead of release