Chelsea’s 7-0 hammering of Norwich City not only saw them secure their place at the top of the Premier League table. Blues boss Thomas Tuchel was also given further evidence that he now has two new goal threats who are quickly making themselves undroppable for the German.

Goals from Callum Hudson-Odoi, Reece James and Ben Chilwell, as well as Mason Mount’s hat-trick and an own goal from Max Aarons, ensured it was an easy afternoon for Tuchel’s men.

While Mount will take all the headlines for his display at Stamford Bridge, the performances of Chilwell and James were equally important.

The wing-backs both shut down their opposite numbers, with Chilwell winning seven defensive duels and making three recoveries, while James had six of each.

But while their defending is what will win them the most plaudits, it is in an attacking sense where the Englishmen are starting to shine.

James scored Chelsea’s third goal just before half-time when he made an overlapping run into the box to get on the end of Mount’s through-ball. 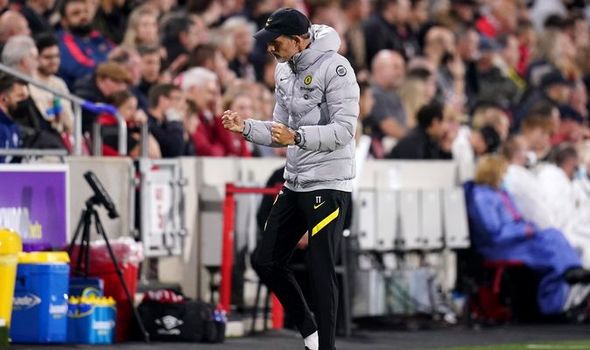 The right wing-back stayed composed to chip Canaries keeper Tim Krul for his second goal of the season.

Not to be outdone, Chilwell got onto the scoresheet himself 12 minutes into the second-half when he fired past Krul from just inside the box after a nice team move started by James.

That was Chilwell’s fourth successive Premier League game with a goal, a run that was started on the final day of last season.

The duo are quickly making themselves undroppable, with their rivals for a starting spot, Marcos Alonso and Cesar Azpilicueta both left on the bench.

It appears that this is a fact that has not been lost on Tuchel, who hailed the pair’s attacking talents following Saturday’s win.

“I’m happy for Reece, because now he feels the power he has, and we want more of his acceleration and physical ability,” he told BeIN Sport.

“This is what he can deliver and bring to the team — same with Chilly on the other side. The wing-backs are now very, very dangerous.

“They’re permanent goal threats. This is what we need — players’ being in the box, to create spaces.” 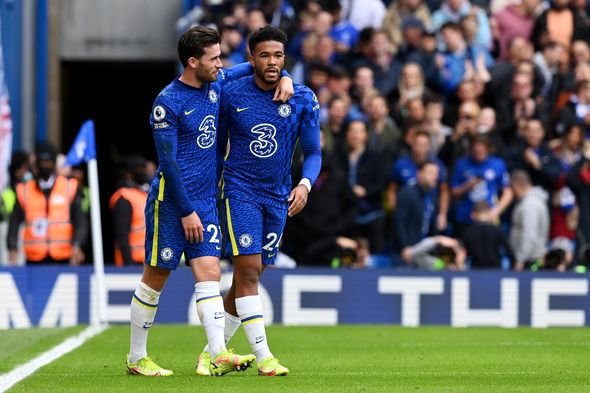 The Blues are now two points clear of Manchester City at the top of the Premier League, though that gap will close if Liverpool defeat Manchester United on Sunday.

Their success is at least in part being driven by the new-found threat out wide that is being provided by Chilwell and James.

The pair have both endured tough starts to the season, but having fought their way into the starting line-up, Tuchel would be wise to make them his first-choice.

The Blues boss had struggled to find a happy balance between defensive solidity and attacking threat for much of this season, but Chilwell and James appear to have helped to solve that issue.

Chelsea: Thomas Tuchel’s honeymoon is OVER as problems mount up