Chelsea are reportedly interested in saving their iconic former forward Eden Hazard from his dismal Real Madrid spell. The Belgium international joined the La Liga giants for around £100million to much fanfare in 2019 but the transfer has failed to work out. Hazard has scored just five times in 51 appearances for Los Blancos. It is a hugely underwhelming return given his sensational seven-year spell at Chelsea.

A total of 110 goals in 352 games, including 21 in his final season, made him a favourite of Blues supporters.

According to Spanish outlet El Nacional, Chelsea have already held informal talks with Real over the return of the attacker.

Owner Roman Abramovich is believed to feel that Hazard can rediscover his reputation as one of the world’s best players by moving back to Stamford Bridge, where he would likely flourish under Thomas Tuchel.

Club director Marina Granovskaia has apparently set a limit on the amount she would spend on prising the 30-year-old away from Real, though. It is understood that £34m would be the maximum spend.

Given how much was spent by the Spanish giants just over two years ago, it is likely that they might want more. That means Chelsea could end up striking a swap deal that would see some of their fringe stars move to Madrid. Express Sport takes a look at who might make way for Hazard. 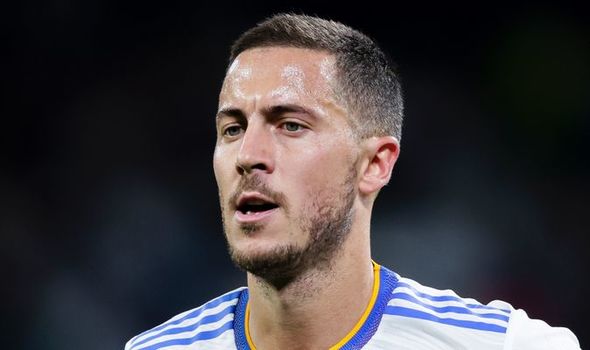 It is likely that Real would want a direct replacement for Hazard, who has appeared in all but one of their LaLiga matches this season.

Hudson-Odoi rose through the Blues’ academy moving inside from the left wing. It is in that role that the 20-year-old has had his best games for the first team.

However, the South London-born prospect has had his opportunities to feature on the left wing limited by the raft of expensive talent at Stamford Bridge. The three-time England international would be pushed further down the pecking order by Hazard’s return.

There is an argument that Hudson-Odoi needs to move on to kickstart his career and to realise the incredible potential he showed as a teenager.

The attacker has been on the scene for a while having made his debut aged just 17 in 2018. He was linked with a move away under Frank Lampard but stuck around, only to find game time limited under Tuchel, too.

Hudson-Odoi has played in just 1,253 minutes under the 48-year-old, the equivalent of just under 14 full matches. A move to the Bernabeu might be of significant benefit.

Germany international Werner was reportedly a summer transfer target of new Real boss Carlo Ancelotti. Several reports in Spain suggested that Ancelotti asked for Werner to be signed after his move from Everton.

A deal never materialised and Werner remained at Chelsea, where he has continued to show drastically inconsistent form.

The forward is currently on a run of five goals in five matches for club and country. But that is exactly the same amount of goals he has scored for Chelsea since Tuchel’s appointment way back in January.

Romelu Lukaku’s blockbuster £97.5m summer arrival has terminated Werner’s chances of playing as the centre-forward. Tuchel has suggested that Werner is best used in a wider role.

However, in those areas the player finds himself behind the likes of Mason Mount and Kai Havertz. A move to Madrid might help Werner rekindle the form that made him so prolific in Germany. 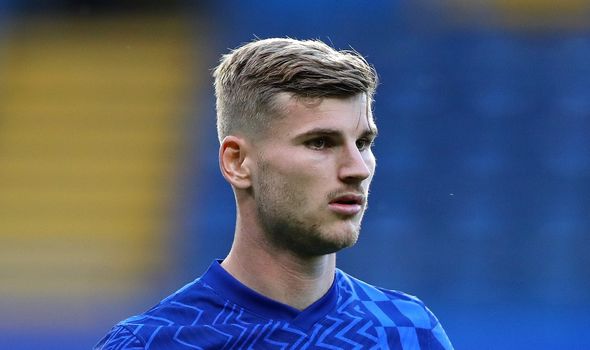 Ziyech is another victim of the wealth of options Tuchel has available in the two positions behind Romelu Lukaku. The addition of Hazard would push the Moroccan further down the pecking order.

One of the few expensive signings that has failed to work out at Chelsea in recent seasons, Ziyech would surely be in contention to be involved in a potential swap deal.

He often finds himself below the likes of Mount, Havertz and even Werner for a place in the team. Only seven goals and four assists in 45 appearances justifies his sporadic game time.

There have been some important moments contributed by Ziyech. He scored the only goal in the FA Cup semi-final win over Manchester City last season and struck the opener in August’s European Super Cup success against Villarreal.

But a rejuvenated Hazard would be a major upgrade on the former Ajax star, who would likely end his two-year spell if another winger is signed.

It was not long ago that Pulisic was one of the hottest properties in Europe. The American was catching the eye while starring for Borussia Dortmund.

Real were widely believed to be one of the interested parties, but Pulisic instead agreed to join Chelsea in January 2019 before spending the rest of the season in Germany.

There have been flashes of brilliance from the 23-year-old, including being the Premier League’s best performer during Project Restart. He scored five goals in 11 appearances as the protracted 2019-20 season drew to a close.

But injuries have prevented many meaningful contributions since then. Pulisic scored seven times last season, including in the Champions League semi-final first-leg draw with Real.

It seems unlikely that Chelsea would want to sell the winger due to his potential, but rekindled interest from Real could possibly prompt a deal to happen.