Chelsea are in the market to sign a new central striker this summer and Robert Lewandoswki may well be the answer for Thomas Tuchel. The German head coach made an immediate impact at Chelsea after taking over from Frank Lampard back in January.

A tweak in the formation by deploying three central defenders made Chelsea one of the toughest teams in Europe to break down.

That defensive unit help Chelsea battle to a top-four finish, but most impressive was of course their Champions League run.

Wins over Atletico Madrid and Real Madrid saw Chelsea face up against Manchester City in the final with Kai Havertz scoring the winning goal.

Havertz had been deployed as a false No 9 for Tuchel with other strikers struggling to impress on front of goal. 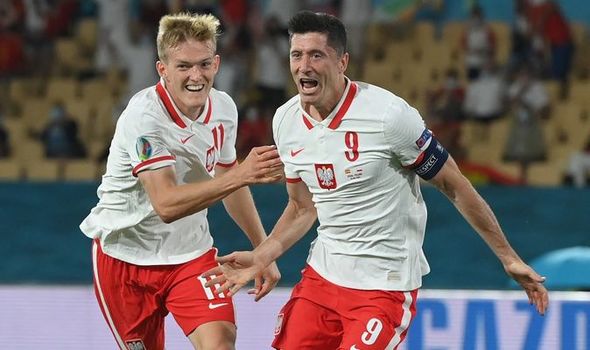 Chelsea’s defensive record may have helped the Blues to their success in the second half of the season.

But not having an out-and-out striker Tuchel could trust almost cost them on occasions.

Roman Abramovich is expected to back Tuchel in the summer transfer window though and signing a forward is a top priority.

Erling Haaland and Harry Kane have been strongly linked with moves to west London.

However, Lewandowski has also seen his name mentioned in a possible switch to Chelsea.

Despite being 32 years of age, Lewandowski remains one of the best strikers in European football and showed his talents on Saturday with an equaliser for Poland in their crunch Euro 2020 match against Spain.

He’s spent the past seven years at Bayern Munich and enjoyed his best ever season in front of goal last season, scoring 41 goals in just 29 Bundesliga appearances.

But Lewandowski has already hinted that he would be open to a move away from Bayern this summer, with Chelsea among those looking at making a move. 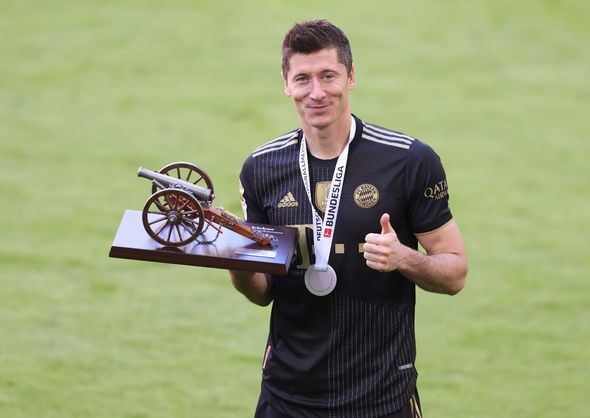 “I remain open minded. I feel very good at Bayern, the city is superb, it’s a great club,” he said last month.

“I am always curious to learn a new language, a new culture.

“But whether it will be in football or after my career, even I don’t know.”

Lewandowski has two years remaining on his contract at Bayern with question marks on whether he will be offered a new deal.