Chelsea boss Thomas Tuchel could be set to get his wish in signing Erling Haaland from Borussia Dortmund this summer, according to reports. Tuchel has made an immedate impact since taking over at Stamford Bridge from Frank Lampard back in January.

The former Paris Saint-Germain manager reverted to a back-three which made Chelsea one of the toughest teams to beat in European football.

Their defensive record played a huge part in the club eventually winning the Champions League final over Manchester City.

The Blues conceded just one goal in five games against Atletico Madrid, Real Madrid and City.

But lacking an out-and-out striker which Tuchel could trust almost cost Chelsea in the league with defeats to Arsenal and Aston Villa in the final few weeks of the campaign.

Tammy Abraham has been out of the picture under the German head coach with Kai Havertz preferred as a false nine through the middle.

Olivier Giroud meanwhile was often used as an impact sub with Timo Werner also occasionally playing as the man up top.

It was clear that Tuchel didn’t feel settled on his main striker and multiple reports suggest signing a forward this summer is his top priority.

Roman Abramovich is expected to back Tuchel in the transfer market and it appears as though he’s ready to make a teasing offer to sign Haaland.

According to Marca, Chelsea are contemplating offering Abraham-plus-cash to sign the highly-rated Norway international.

But if Dortmund reject that offer then Chelsea are also ready to stump up a British transfer record fee worth £154.5million.

That’s said to be the price Dortmund have demanded should any team try and prise him away this summer.

The Bundesliga outfit have indicated that they have no plans to sell Haaland, but they have also hinted that a big offer would make them have the conversation at the very least. 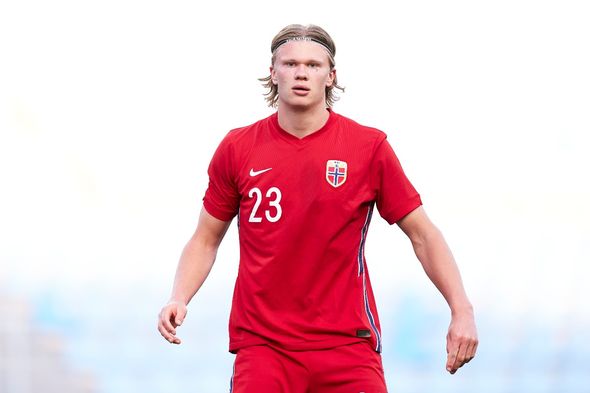 Dortmund will have to make a decision though with Haaland set to be available for a snip of that price in 12 months’ time.

It’s been reported that Haaland’s release clause, which becomes active in 2022, is in the region of £68m.

But his performances this past season have led to several clubs around Europe vying for his signature this summer.

Chelsea appear to be the leading contenders in the Premier League, but Barcelona and Real Madrid have both been strongly linked.