Thomas Tuchel believes a chat with Callum Hudson-Odoi has finalised the young Chelsea star’s best position. The 20-year-old has been played in a variety of positions this season, but has struggled to break into Tuchel’s first-team plans.

The Blues view him as a player who has massive potential, with Frank Lampard going so far as to hand him a five-year deal in 2019.

But Hudson-Odoi has struggled for form in recent months and failed to hold down a regular place in the Chelsea team.

While he has generally been considered an attacker over the course of his career, Tuchel has mostly opted to deploy him as wing-back since he replaced Lampard in January.

Tuchel immediately appeared to be a fan of the 20-year-old, playing him in 11 of his opening 14 games in charge.

Since then though, Hudson-Odoi’s gametime has gradually drifted lower, with Reece James and Cesar Azpilicueta preferred at right wing-back.

It has also prompted a rethink from Tuchel, who once again named Hudson-Odoi on the bench for the Blues’ visit to Manchester City last Saturday.

Tuchel introduced the versatile academy product with 76 minutes gone, bringing him on in place of Hakim Ziyech as one of the two attacking midfielders playing behind Timo Werner.

That 14-minute cameo showcased why Hudson-Odoi will most likely be deployed as an attacker in the future, with his sharp turn and pass releasing Werner to provide the assist for Marcos Alonso’s winner.

Once the game had finished, Tuchel could be seen giving Hudson-Odoi feedback on his performance and was clearly impressed by what he had seen.

In fact, Hudson-Odoi’s display was so impressive that Tuchel hinted he had changed his assessment on the 20-year-old’s best position.

“The inside position where he played against Man City, this is maybe his best position, we agree on that,” Tuchel told Football.London. 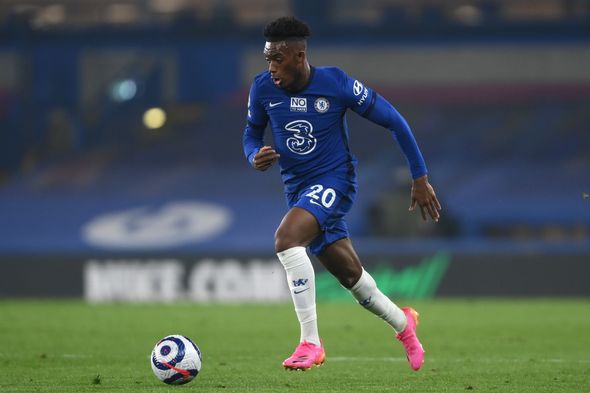 “The big change he had when we brought him on was that it was not only one action that he had. Within one action there were two or three accelerations and decelerations.

“Once he does this, he will make his way and leave his footprint. In his position, it’s about assisting and scoring.

“Don’t forget that, we don’t have to talk around that. Big talent is a big responsibility and this is what he’s trying hard [to realise]. Sometimes better, sometimes ok, sometimes very, very good.”