Chelsea now appear to have a clearer path to Erling Haaland. Manchester United have reportedly dropped interest in the Borussia Dortmund star after tying Edinson Cavani down to a new contract. And Roman Abramovich’s stance on the 20-year-old is already known.

In Thomas Tuchel’s eyes that’s the final piece of his Blues jigsaw, having been left unconvinced by Timo Werner, Tammy Abraham and Olivier Giroud so far.

Chelsea have been doing well without a deadly No 9, winning the majority of their matches since Tuchel took over from Frank Lampard in January.

They could win the FA Cup, with the west London giants due to face off against Leicester in the final.

And the Champions League trophy could be on it’s way to Stamford Bridge, too, with Manchester City standing in their way of winning the prize for a second time.

But Chelsea are a big club who want big players.

And, at a time where Manchester United have appeared to cool their interest in Haaland, it’s time to dwell on Abramovich’s stance on the Dortmund striker.

It was reported by 90min last month that the Russian is ‘infatuated’ on the idea of bringing the hitman to the Premier League this summer.

He’s not deterred by the prospect of shattering any records, with Dortmund likely to demand a fee in the region of £130million to part ways with their prized asset.

And Abramovich is hopeful that Chelsea will secure his singing – though does have alternatives in mind.

One name is Romelu Lukaku, who previously struggled during his time in the capital.

But, after turning his career around at Everton, Manchester United and Inter Milan in the time since, he’d definitely be a good addition to Tuchel’s side.

Sergio Aguero is another target – but both he and Haaland could join in the same window. Especially if Chelsea cut players loose.

Abraham is on the radar of West Ham ahead of the summer transfer window, though the Hammers are reluctant to meet the Blues’ £40million asking price.

And Giroud may be cut loose, too, with Lens and Inter both courting his signature.

Tuchel has been playing Kai Havertz and Werner as wide forwards in recent weeks, with both players beginning to show their class in the process.

Yet Haaland would be an upgrade on both, with neither player a specialist in that role.

Speaking earlier in the season, Joe Cole urged Chelsea to sign Haaland – expressed a belief he’d be the perfect fit for Tuchel’s side.

“They need one player for me, Haaland. He’s on the wish-list,” he said.

“He’s a No.9. There’s so much in this squad, there’s quality in all areas, such a strong squad.

“You just need that one sparkle of magic, that No.9, that focal point and it will change this club getting back to the glory days of challenging for the title regularly.”

Dortmund CO Hans-Joachim Watkze recently shut down talk of Haaland potentially leaving, however, saying: “The only way is to look at where Haaland will play after September 1. 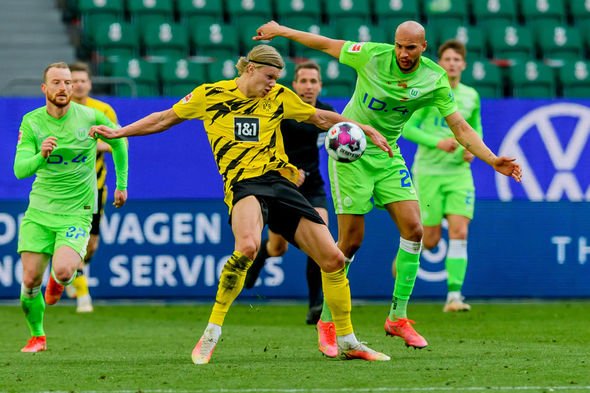 “I think I know where Haaland will play, but that’s all I have to say.

“Therefore, we are in a comfortable situation. We do not have to sell a player. That’s important.

“The rich clubs of the world must know that when they want a Borussia Dortmund player there are two possibilities.

“So they must know that this is the price, not another price. We are very clear and very honest.”