Chelsea can challenge Manchester City for the Premier League title next season if they sign a centre-back, according to Peter Crouch. Thomas Tuchel has done a stellar job since taking over, with the Blues in the FA Cup and Champions League finals. However, further reinforcements are needed if they’re to stop Pep Guardiola’s side next time out.

The first victory was in the semi-finals of the FA Cup last month, with Hakim Ziyech scoring the only goal of the game at Wembley.

And Chelsea also got the better of Guardiola’s side in their Premier League clash on Saturday, winning 2-1 at the Etihad Stadium.

The two sides will lock horns again in the Champions League final later this month, the third all-English final in the competition’s history.

And Crouch, writing for the Daily Mail, believes Chelsea will challenge City for major trophies next term if they sign a centre-back.

“Another transfer window, Charlie,” he said when asked what the Blues need to close the gap on City.

“If Chelsea can get a top-class central defender, one out of the highest bracket, that would put them in with a huge chance next season.

“Thomas Tuchel took over a really good squad but it is still behind City at the minute, for all the progress they have made.

“I cannot wait to see the next steps Tuchel and Chelsea make because I have been bowled over by the impact he has made.

“I’m so impressed and nobody in Europe would want to play them in their current form.

“They put a marker down for the Champions League final on Saturday. City will not play the line-up they used at the weekend on May 29 but it will be in their minds, the damage Chelsea can do in a one-off match.

“If you were giving me a free bet on that outcome, I would back Chelsea at the respective odds.”

Tuchel felt the victory over City on Saturday was significant, believing his players now have the confidence to beat City.

“What a performance in the second half,” said the former Borussia Dortmund and Paris Saint-Germain manager.

“It was more or less equal in the first half, but we almost gave the game away in the last five minutes.

“If they scored the penalty, maybe the game would have been over before it really started. If it went to 2-0, maybe we wouldn’t have had a chance to come back. 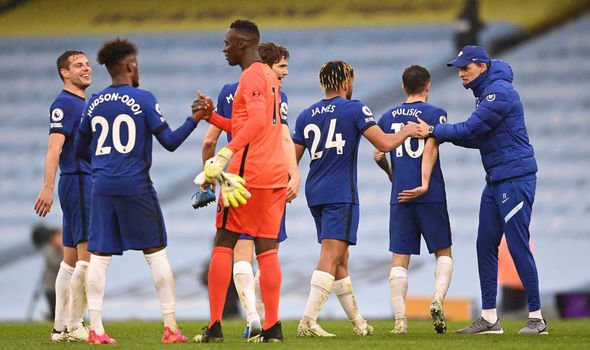 “If you want to steal all three points at the Etihad in this situation, of course you need a bit of luck, momentum, and decisions from the referee. But we had many chances in the second half, so a big, big congratulations to the players.

“We were more confident in the second half, the goal helped us a lot and suddenly we were more physical and recovered the balls higher.

“It was a physical battle and we never stepped back or gave up, instead we increased our motivation. I’m absolutely delighted with the performance.”

Tuchel then added: “The win gives us confidence but, as I have said before, this result will not change the [Champions League] final.

“The final is a very unique game and you cannot predict what will happen. 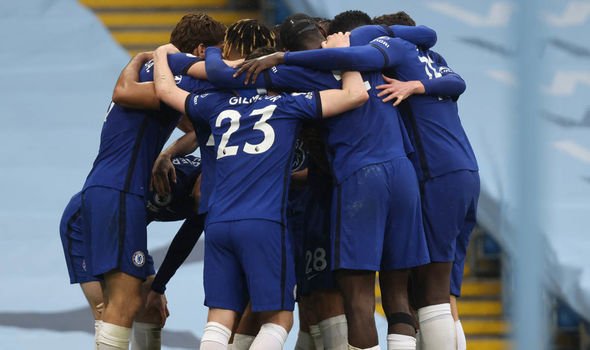 “This is what we have now, and this will not change until Istanbul.”

“It was a tight game but in general we played really well,” said the City boss.

“We missed our chance in the last minute of the first half with the penalty.

“It was Sergio’s decision [to take a Panenka], the taker has to make that decision. I always say decide and take it fully convinced, he decided to do it this way.”

A man to reckon with: Pep Guardiola knew Thomas Tuchel was a threat the moment he arrived at Chelsea

Pat Nevin: Why Thomas Tuchel understands Chelsea more now, and changes he may make against Porto