Chelsea have suffered a last-minute injury blow which will have a detrimental effect on their squad tonight against Porto. Thomas Tuchel will be without Mateo Kovacic after he suffered a hamstring injury in training on Monday.

Chelsea have been dealt a huge blow in their Champions League clash against Porto tonight after losing Mateo Kovacic to injury.

It means Thomas Tuchel will have to make a big change to his starting XI with N’Golo Kante now forced to play.

The Croatia international has been a key player under the German, failing to start on just three occasions since his arrival as boss.

It has coincided with a remarkable return to form for the Blues, whose only loss under the ex-Paris Saint-Germain manager came to West Brom last week. 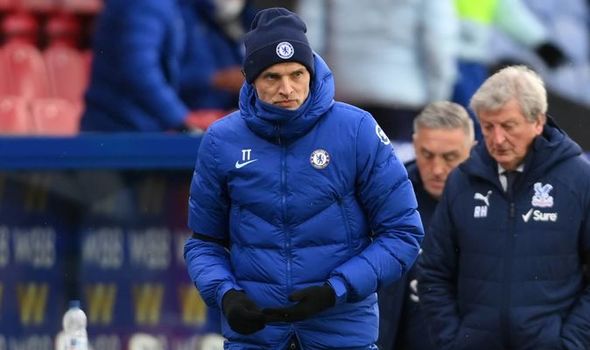 Getting to that stage would be the first time since 2014 that the west London outfit have reached that far in the competition.

And they stand a good chance after winning 2-0 against Porto last week – scoring two ‘away goals’ despite the match being played in Seville.

However, Tuchel will be ripping his hair out after Kovacic’s injury, which happened on Monday night as the team trained inside the Ramon Sanchez-Pizjuan Stadium.

The full extent of the former Real Madrid man’s problem has yet to be revealed but he will certainly miss out tonight.

It means Kante will have to play after Tuchel left the highly-rated Billy Gilmour at home.

And that is a situation the 47-year-old wanted to avoid after the Frenchman only just returned from injury himself.

“First of all, I was unbelievably happy when he came with us last week [for the first leg] because I didn’t expect it,” he said.

“He was confident enough to return earlier, to help us in the last 15 minutes.

“But the downside of this situation was that he lost a little bit of sleep after the travel issues, had less work in training because he was sitting on the bench and only playing 20 minutes.

“And the next day he suffered from travelling and could not train like he normally trains.

“We decided to play him from the bench against Palace but honestly, the decision I will make tomorrow morning when I see him in training then we will look at the others and how they feel.”