Chelsea are very much in the frame to sign Erling Haaland. Thomas Tuchel wants the Borussia Dortmund star, while Roman Abramovich is willing to bankroll a deal. And the fact Manchester United have reportedly cooled interest, and Manchester City don’t have the finances required, mean they’ve taken a small step closer towards a blockbuster summer arrangement.

Chelsea have seen their strikers struggle this season.

They signed Timo Werner back in the summer transfer window believing the forward would flourish, having seen him blitz the Bundesliga with RB Leipzig.

But the Germany international has scored just five Premier League goals, looking a far cry from the player he was last term.

Olivier Giroud has found the net four times in the top flight, while Tammy Abraham has notched six times from 20 appearances.

So with that the case, Chelsea want Haaland. 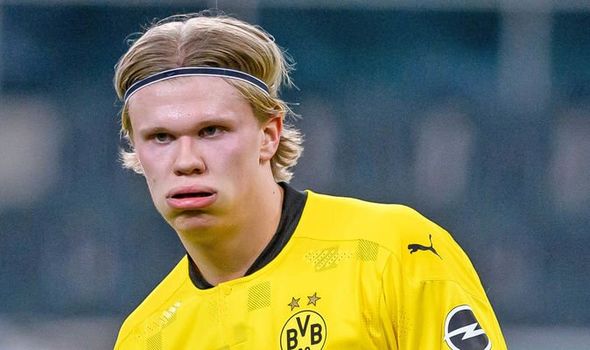 It’s certainly easy to see why, with the Borussia Dortmund star scoring a remarkable 31 goals in the Bundesliga and Champions League combined this season.

And, now, they’ve moved a step – albeit a small one – closer to landing the Norway international at the end of the season.

According to The Athletic, rivals Manchester United have cooled their interest in the 20-year-old because they have two other priorities in mind.

They’re eyeing a centre-back to go alongside Harry Maguire, having seen Victor Lindelof and Eric Bailly struggle for consistency this term.

And a right-winger is also on their radar, too.

That development came after Manchester City boss Pep Guardiola insisted they wouldn’t be signing Haaland, saying he was simply too expensive for the champions-elect.

“With these prices it’s impossible – we cannot afford it,” said Guardiola. “That’s not going to happen.

“All the clubs struggle financially and we are not an exception. We have Gabriel Jesus, Ferran Torres, players in the academy and we can play with a false nine.

“We have enough players in the first team and interesting players, and, with the world economics, it’s possible that we will not sign a striker for next season.” 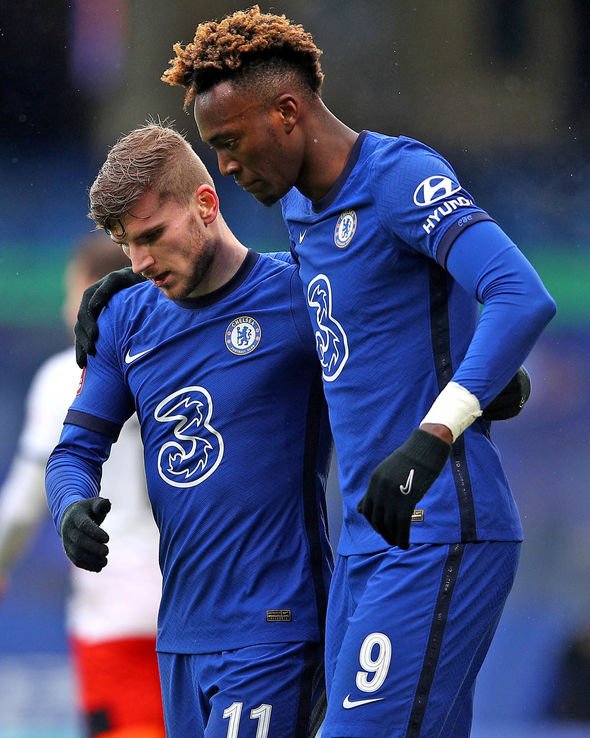 So it’s now advantage Chelsea, over their domestic rivals at least.

When it comes to their European competitors, they may struggle to compete – with Barcelona and Real Madrid interested as well.

Barcelona chief Joan Laporta has already talked with Mino Raiola about the potential signing of Haaland, even if Neymar appears to be back on their agenda.

And Real Madrid have also had discussions, even if Kylian Mbappe appears to be their priority at the current moment in term.

Regarding Chelsea, and Tuchel has refused to rule out a move – in stark contrast to United privately and Guardiola publicly. 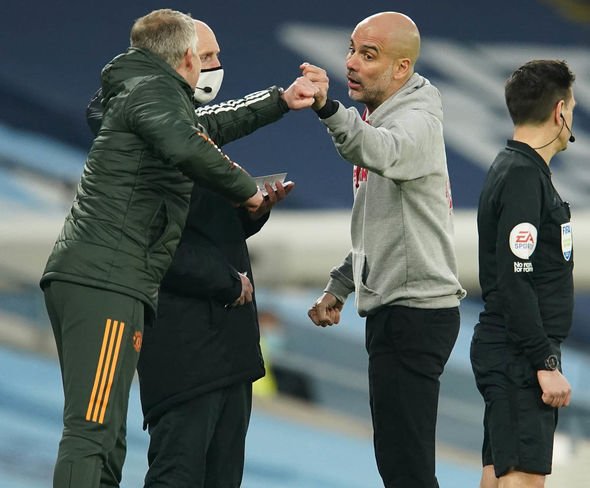 The German said: “I will not answer that, out of respect for the player and for Borussia Dortmund.

“He’s a Borussia Dortmund player, and of course there’s big news around him and his agent. And it seems like they are creating a race for the player.

“But still everybody needs to accept, and I will fully accept, that he is a Borussia Dortmund player, a very promising player of course.