Thomas Tuchel has long had an eye on Chelsea as a possible job opportunity and Roman Abramovich might be tempted to wonder what would have transpired had he appointed the German three years earlier.

Antonio Conte’s relationship with the board at Stamford Bridge was beyond repair and Tuchel was jobless between Borussia Dortmund and Paris Saint-Germain when the idea was mooted.

Pini Zahavi, one of Abramovich’s most trusted agents, lined up the deal but Chelsea stuck with Conte until the end of the season, by which time Tuchel was bound for Paris and Maurizio Sarri was on his way to London.

Three years on and Zahavi did deliver him to the Bridge – and the early signs are promising: unbeaten in his first 14 games, into the last eight of the Champions League, the semi-finals of the FA Cup and up to fourth in the Premier League.

Under Abramovich, Chelsea have stress-tested their infrastructure to the point where a change of head coach represents little more than a change of music in the room, and now everyone is happily dancing to Tuchel’s tune.

Frank Lampard’s exit ensured his successor could call on the full depth of Chelsea’s strong squad. Lingering issues with disgruntled senior pros evaporated. Tuchel has cut a relaxed figure, easing tension and lightening the mood at the training ground in Surrey.

The laughter returns with positive results, of course, but he has displayed a confidence that he knows what the job entails. He is experienced, tactically astute and aware of it. After the unique pressures at PSG, Roman’s empire probably seems like a breeze.

There has been a little more flexibility and freedom in the daily routine but few sweeping changes beyond a definite reduction in the number of nights spent at the team hotel on the eve of games.

Tuchel can be intense, often focused on tiny details and players see plenty of tactical video clips. He is prepared to delegate and leans heavily on assistants Arno Michels, Zsolt Low and data analyst Benjamin Weber.

The quartet have made a good impression on staff with their friendly and inclusive nature, and have embraced Joe Edwards and Anthony Barry who remain from Lampard’s backroom staff. Tuchel asked who drilled the set-pieces and when told it was Barry he said: ‘Good, carry on.’

Lampard’s faith in the young players upset the natural order of the dressing room. Tuchel has gently redressed the balance while taking care not to freeze anyone out. He is proud of his reputation for developing young players.

He will be demanding. Tuchel was tough on Kylian Mbappe in their early days together at PSG. There were flashpoints, but they became close and the superstar France striker was sorry to see him leave. Callum Hudson-Odoi might have experienced something similar already at Chelsea. 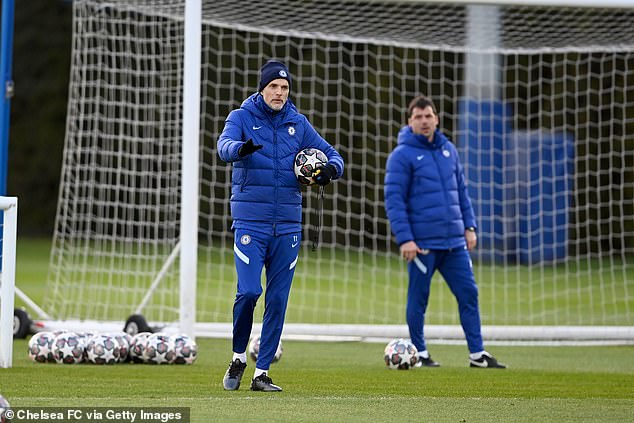 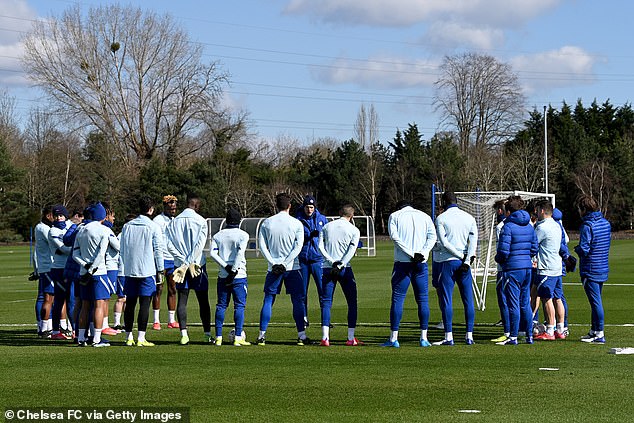 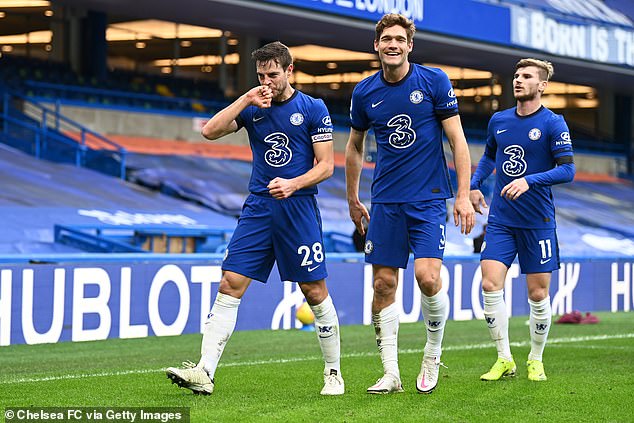 The clearest tactical switch has been to revert to a back three, a decision driven by the fact it best suits the defenders at his disposal rather than highfalutin philosophies. The three left backs and Reece James all attack more effectively than they defend and the captain, Cesar Azpilicueta, has become most comfortable on the right of a central trio.

Tuchel has worked hard on organisation and instruction, and the loss of Thiago Silva to injury has not been the damaging setback it threatened to be. There remains a desire, however, to take up the option of extending Silva’s contract for one more year, even though the Brazilian centre half will be 37 this year.

Andreas Christensen has excelled in his absence and Antonio Rudiger has been transformed into the sum of his parts: strong, fast, aggressive and intelligent. Rudiger and Christensen are out of contract next year, as will be Tuchel. Persuading them to sign an extension may turn out to be closely connected to the future of the head coach.

They have conceded only twice in 14 games under the new boss.

Perhaps the most influential player in the Premier League for two years after he joined Leicester in 2015 and yet Chelsea somehow contrived to lose his impact. First, the strange tactical move to wedge him into the ‘Sarriball’ system on the right of a midfield three. Then, a sequence of injuries after the decision to play him when not fully fit in the Europa League final against Arsenal.

Lampard promised he knew how to get the best from him and yet Kante rarely thrived under him either, fuelling the theory that senior stars were fitted in around the starlets of the popular Chelsea youth movement.

Tuchel made it clear from the outset he saw Kante at his best as one of two in central midfield. He can play other roles, of course, but his influence upon the title wins came in a central pair with freedom to roam and win the ball. His ability to win possession cleanly and see the first pass made Claudio Ranieri’s Leicester and Antonio Conte’s Chelsea lethal on the turnover.

He was outstanding in the Champions League quarter-final against Atletico Madrid. The final goal of the tie, scored by Emerson, featured vintage Kante. Delight quickly dampened when he returned early from international duty with yet another minor hamstring problem. 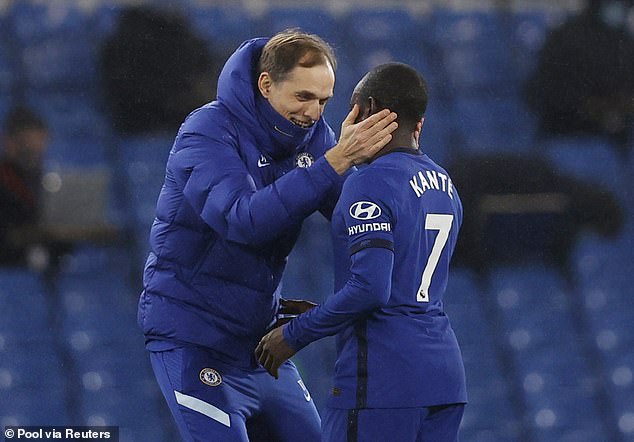 A key part of Tuchel’s brief was to spark Timo Werner and Kai Havertz into life. The German attackers represent an investment of more than £130million and Abramovich is desperate not to extend the list of expensive attacking flops featuring Andriy Shevchenko, Fernando Torres and Alvaro Morata.

Werner and Havertz have flickered without exploding and Chelsea are back in the market for a more natural centre forward. They are part of the unseemly scramble for Erling Haaland but fear if he ends up in England it will be in Manchester with City, one of his father’s old clubs, or United, managed by one of his father’s old international team-mates.

Luring Harry Kane across London from Spurs would be bold and ambitious. A more achievable target might be another move on Robert Lewandowski, who is 32 with two years on his contract at Bayern Munich and open to ending his career in England.

Bayern always insist he is not for sale and cut short Chelsea interest with a new contract in 2019. Three years on and they might be tempted if they can sign a replacement such as Kane. 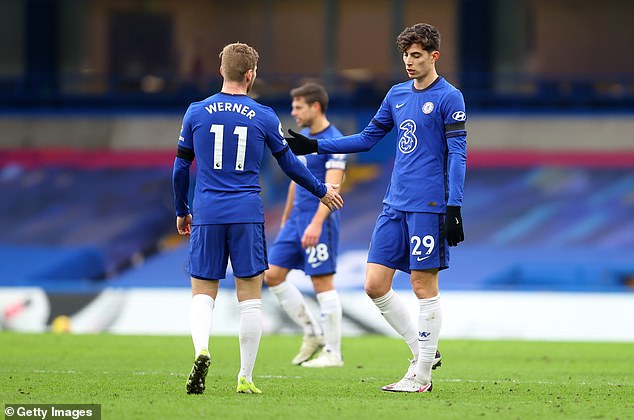 Two months in and Tuchel’s Chelsea have risen to every challenge: wins at Tottenham and Liverpool, and the scalp of Atletico. Bigger tests await. They will face Real Madrid or Liverpool in Europe if they can beat Porto.

There is still work to do if they are to finish in the top four. Defeat will come somewhere and how will they respond?

Will players pushed towards the fringes lose motivation? Can he satisfy Christian Pulisic and Tammy Abraham if they are not starting regularly? Will Olivier Giroud stick around? What next for Kepa Arrizabalaga?

Can they sell those they want to sell or will the dressing room ranks of the disgruntled swell again after the summer?

What about the fans? Will they expect more open and expansive football when they return? They were bored witless by Sarri’s low-risk passing style and groaned him out of town. Perhaps Tuchel’s side will offer more adventure and flair given time to evolve but he cannot have delivered any more in his first two months.

Chelsea were drifting in ninth when he was appointed. They are fourth ahead of Saturday’s fixture against West Brom. They are in the hunt for two prestigious trophies. Everyone is happy and in step.