Chelsea continue to be linked to Borussia Dortmund striker Erling Haaland and have been warned they face a potential “disaster” if they sign him, while club owner Roman Abramovich has spoken about his aims for the coming years as Express Sport brings you a fresh round-up of all the latest news coming out of Stamford Bridge.

Former Chelsea defender Frank Leboeuf has warned his old club that they face a prospective “disaster” if they sign Erling Haaland from Borussia Dortmund without properly setting up the team around him.

The Frenchman insists Chelsea must be certain that Haaland will be a good fit up top for Thomas Tuchel’s side.

Speaking to Sky Sports, Leboeuf said: “Haaland is a beast. Of course it would be a plus for Chelsea.

“But now you have to think financially and economically, and you also have to also think and make sure your dressing room is going to be following the coach.

“If you put Haaland (in the team) you lose [Olivier] Giroud. But you might lose [Kai] Havertz, you might lose Werner as well. What about [Christian] Pulisic? Where are you going to play [Hakim] Ziyech?

“That is an equation that you have to make sure is going to work and that the results are going to be good for the club.

“You can add talents, that is not a problem. But you have to make sure the chemistry works. Otherwise it is going for disaster. Having only talent doesn’t make sure you are going to win something.” 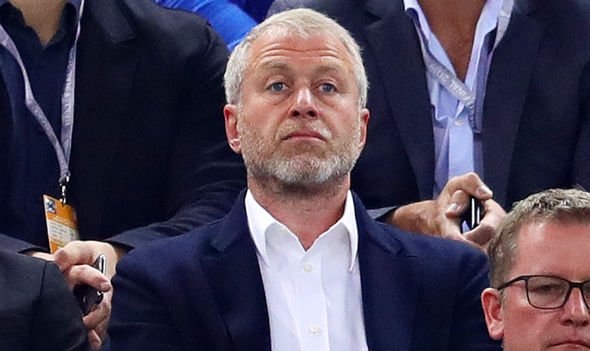 Roman Abramovich insists the success of Chelsea’s academy is “so important” to him and says he is eager to add to his 18-trophy haul as club owner.

Abramovich has hinted that he’s once again willing to back his manager, this time Tuchel, in the transfer window this summer by insisting he wants the Blues to be “as successful as we can” under him.

The Russian oligarch spent £220million last summer when Frank Lampard was at the helm and declared to Forbes magazine: “I think the trophies speak for themselves and show what we as a club have been able to achieve over these years.

“And it’s my goal for us to keep winning trophies going forward and build for the future.

“Chelsea has a very rich history, and I feel extremely fortunate to a play a part in that. The club was here before me, and will be here after me.

“But my job is to ensure we are as successful as we can be today, as well as build for the future. That’s why the success of our Academy at Cobham is so important to me.”

The striker, who stands on 33 goals in 31 games this term, is a top target for the Blues in the upcoming window.

However, German outlet Bild say there could be a sticking point in negotiations for Chelsea because Dortmund do not want to give their Norwegian frontman to their former manager.

Tuchel managed Dortmund for 108 matches after replacing Jurgen Klopp in 2015 but left after just two years in charge due to a fractious relationship with the Bundesliga club’s hierarchy.

According to Bild, those grudges still remain and it’s claimed Dortmund are unlikely to let Haaland go to Stamford Bridge due to the unpleasant nature of Tuchel’s departure in 2017.

Manchester United and Real Madrid are among the main rival suitors for the 20-year-old’s signature with Manchester City said to be canvassing alternative targets such as Southampton’s Danny Ings.