Chelsea boss Frank Lampard survived a potential injury nightmare in the 0-0 draw over Tottenham. The Blues headed into the game on Sunday knowing a win would send them top of the table.

But they come up against a tough outfit with Jose Mourinho’s side proving difficult to break down.

Chelsea had their chances with Mason Mount testing Hugo Lloris from range while both Tammy Abraham and Olivier Giroud missed good opportunities.

And even more important for Lampard was that his side escaped without any serious injuries.

There was some concern in the second half when Ben Chilwell went down.

The England international badly rolled his ankle and required medical attention for a couple minutes.

But Chilwell was able to finish the match and he’s now confirmed the issue wasn’t anything serious.

“I was desperate to carry on and thankfully I ran it off,” Chilwell told Chelsea’s official club website.

And Chilwell suggests the point against Spurs could prove crucial come the end of the season.

“I don’t know if it was entertaining to watch but I found it pretty entertaining on the pitch because it was two good teams who were tactically very good on the day,” he added. 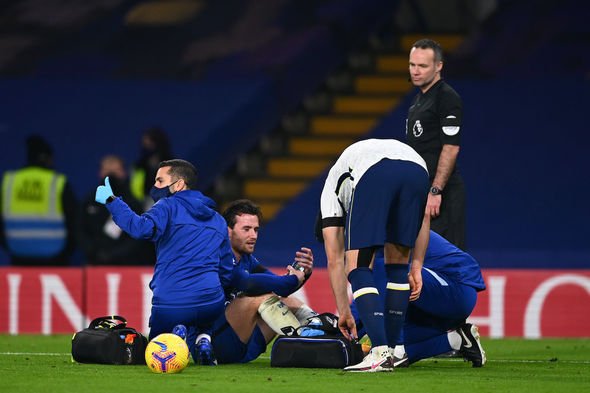 “I’d have loved for us to win the game at Stamford Bridge against our rivals but for myself and the rest of the defence, the clean sheet is really important for us moving forward.

“We’re happy with a clean sheet against a great strike force like theirs, because we know how good they are.

“Kane and Son are very clinical going forward and the link-up play between them is very good so we’re happy with nullifying them both.

“We wanted to win but we’ll take the draw; we’ve got to be happy with that.”

Thomas Tuchel has been successful in cup competition in recent years of his managerial career, triumphing in quite a…